Here's a chart of what I look for each day. Some indication a given direction will continue at least for 10-20 ticks.

Just follow the short term momentum and don't be greedy.

Same chart as before, just the dark theme at trade o vate. They have two themes, light and dark. If you don't like those themes, you are out of luck! I like both. The dark one seems to focus my attention better at least for right now. 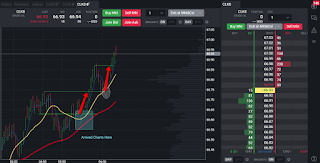 Posted by Pandawarrior at 6:14 AM No comments: 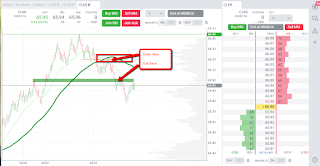 Posted by Pandawarrior at 6:19 AM 4 comments: