A few weeks ago, we went to the central California coast where I spent a lot of time as a child. We lived just over the mountains in the San Joaquin Valley, also known as the bread basket of the world. We lived about 90 minutes from the coast and my parents took us often. I have fond memories of those times running the dunes with my cousins and bumping around the little coastal towns that are up and down the coast.

This trip was a re-connection for me. I've only been back once in the last 30 years and that was when my wife and I honeymooned up and down the coast. We stayed in a small town just south of Hearst Castle and put a lot of miles on the little Honda Civic hatchback seeing the coast line. Some of it was lost on my wife as she had severe gall bladder issues the entire trip but it was still memorable. I must have shifted that thing a thousand times driving up and down the PCH between Pismo Beach and Monterrey!

Fast forward 30 years and we have a 16 year old that knows nothing of my history and so we decided to do a road trip to celebrate 30 years of marriage, reconnect with my past and connect her with my past.

The trip was wonderful. We stayed in the same hotel we stayed in 30 years ago. It was just as nice as it was then. Its right on the coast line and I spent 6 hours a day sitting in a wonderful Adirondack chair overlooking the Pacific ocean. Three in the morning and three at night. The sunsets were staggeringly beautiful, the mornings were brisk and overcast. Nothing could have made it better.

In the middle of the week, we jumped across the mountains through Paso Robles CA through wine country and into the San Joaquin Valley to see the little town I grew up in. Even though I had not been back for 37 years, I remembered how to get around just fine. We went to see the house I was born in and oddly enough, its still there and in the same colors I remembered. The house across the street was exactly as it was back then. White picket fences, pomegranate trees growing over the fence and just like then, I stole one to take home! We even ate breakfast in the same diner we used to go to when I was a kid. My daughter said she really enjoyed seeing where I grew up and how glad she was that we did that.

We did the Hearst Castle tour again. Much better this time around as my wife wasn't sick and we marveled at the vision and tenacity of William Randolph Hearst. If you are ever in that area of the California coast, you should spend a few hours there. Its worth it.

Upon our return, I began to reflect on the beauty of the ocean and the sunsets that often times were so beautiful that I would tear up just a bit. The mornings were times of deep reflection and gratitude. I began wondering how to keep those feelings of beauty and sense of awe around me all the time. To be fair, I guess that's why we do vacations, to escape "reality" and the daily grind and reconnect with nature or get some rest. But as I thought about it, I realized the feelings of awe, appreciation and significance were feelings I could experience every day if only I became aware of myself and the incredible things going on around me and to take time every day to dig deep.

To that end, I started getting up just a bit earlier to meditate a bit longer than normal. I've been meditating now every day for the last 18 months and my life has changed dramatically for the better since I began this practice but I wanted to see if a bit longer each day would change things. The getting up earlier lasted only about a week before I couldn't do it any longer and nothing remarkable happened.

Then I decided to see if once a week 60 minute session would do anything and today is the second of those sessions. The first one produced a feeling of rightness and harmony but not much beyond that. Today's session was unremarkable as well. I could not quiet the monkey mind for more than a few seconds at a time and even then the monkey was screaming at me for attention. I even used a HemiSync meditation track that helps with focusing the mind. It just wasn't happening for me in a meaningful way, or at least that's what I thought.

Once the session was over, I had things to do and my wife ruined my morning by washing down the porch while I was finishing my coffee and before I ready to get into the day. But as the day went on, little things started happening that showed the universe and I were in sync. Christmas trees are never on sale before Christmas and we bought a new one today with 50% off! The car repair that was supposed to take a few days took a couple of hours and didn't cost anything and then something peculiar happened when I got home from all this around 9:30AM.

I have never been a huge U2 fan but today an interview with Bono and Eugene Peterson popped up in my Youtube feed. I decided to watch it and it was moving for me in many ways. Then I decided to listen to a song that was referenced in the interview and it brought me to tears both in its message and its incredible passion. Once that song was over, a Queen video popped up, Live Aid at Wembly stadium. Lots of close ups of Freddie Mercury. His passion for the music and energy made me start looking for other people whose dedication to their craft and passion for their art elevated them to superstar status. Every time I would see something new in a performance I had seen previously. Some new twist of genius and I began to appreciate the art all over again.

I spent some time just thinking about passion, beauty and genius. These three things are closely linked together. They produce and inspire each other. And once again, I realized that everything is spiritual.

The work we do, the art we produce, the people we love, the animals that we care for, the causes we care deeply about. Its all spiritual....or to be more specific, its all energy and we are all connected to it.

This entire day has been spent in wonderful connection to the divine in a way I have never before experienced. As I write, I am listening to the best of U2 on Youtube, it's 90 minutes of genius and I had no idea. The soaring vocals, the driving music influenced by the band's Irish folk song heritage gathers one up in its arms and carries you to a new place if only you surrender to it.

I think this something one can maintain if desired. It just takes listening to the universe. That means quieting the storm that rages around us long enough to hear the still small voice whispering all is love and you are invited to participate to the fullest measure if your heart hungers for it. 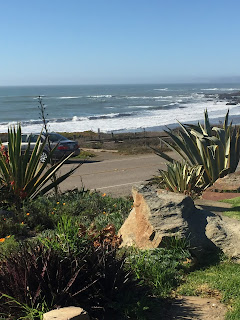 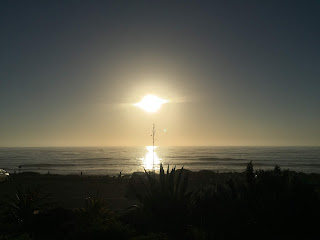 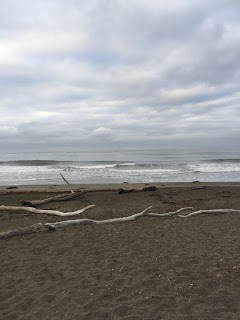 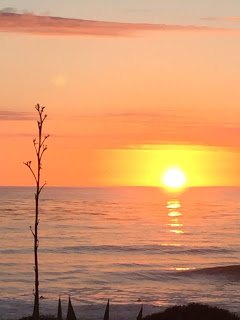 Posted by Pandawarrior at 4:45 PM