Ok, its not mid week but its as close as I'm gonna get this week.

This project is sucking up time like a black hole. It pays really well so I'm not complaining but in a perfect world, I wouldn't need it. But I do and so we work with what we have! They pay by the hour with essentially no limits on the number of hours you can work in a week with a minimum of 40....so I've been banking a lot of them since the beginning of the project....I can't sustain this indefinitely but this phase of the project will likely be over end of this month. Once that's done, there is probably going to be a much longer aspect of the project with more focus on quality vs quantity which means it could last or months.

I traded Monday, Tuesday and yesterday. I can't really remember what happened the first two days, they seem like they were a lifetime ago but yesterday I made a bunch of money prior to inventory and gave it back after inventory. I'll try to do a weekly update on Saturday or Sunday.

Today, no trading as I had no time this morning, I put the charts up on a secondary monitor which I never use and glanced at them from time to time but with a never ending flow of files to review and pass judgement on, I decided not to trade today.

My daughter hyper extended her elbow last week which appears to be a season ending injury before its even started. Shes got at least two weeks of rest which is going to make the summer camp impossible. She's still going but can only participate in activities that doesn't include putting pressure on her left arm. Doctors note and everything. She is pretty bummed out about it. Its a good life lesson in how to handle disappointment both for her and for us.

We ditched the cable tv that cost about $150 a month and replaced it with SlingTV and our existing Netflix and Amazon Prime memberships. New monthly cost of entertainment, $52.00. I'd say that is a good thing. My kiddo NEVER watches TV, I only watch sports which I get on SlingTV, my wife only watches old movies and British TV and she gets those on SlingTV, NetFlix and YouTube and we can get all the music we want for free on YouTube or Pandora so no need to pay for all those extra channels on cable. Can't believe we didn't do this a long time ago. I watched the baseball game today on SlingTV sitting in my daughter's doctors office . That was awesome!!

I'm seriously considering getting a standing desk or perhaps one of those risers that sit on top of your desk and allow you to raise your monitor and keyboard up and down as you like. They cost anywhere from $200 for  base model to around $500 for a higher end one. Has anyone had experience with these contraptions? If so, drop me a line and let me know how it has gone for you. I'm sick of sitting all day and I type better when I am standing anyway.

Last thing, I am also considering a flirtation with NQ. It moves similar to CL but doesn't seem to have as many stop runs. I've been watching it for a few days now albeit not that close due to trading CL and working at the same time but in time, I think CL may trade more like QM does now. As energy becomes more and more renewable based, oil is going to eventually find a price range of $25-40 a barrel and more than likely lose its liquidity. For instance, I could NOT get filled on a single lot the other day on a profit target. granted, my target was at the extreme of the range and it must have printed it at least 10-20 times without filling it. I punched out manually at that point but that's the worst experience with not getting a fill I've ever had in terms of watching it print my price a dozen or more times without a fill. So NQ looks attractive from a movement standpoint but I haven't traded it live in a really long time so not sure about fills and liquidity yet. If anyone has suggestions or ideas along these lines, let me know.

Ok, its getting late in the afternoon, I've been up since 3:30AM I think, I can't really remember and I have commitments tonight until about 9PM or so....long day and I'm already tired enough to sleep. 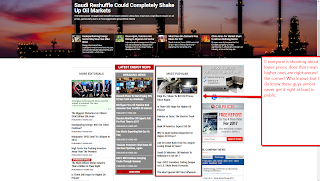 Posted by Pandawarrior at 4:38 PM