There is an old saying that good things come to those that wait. Jesse Livermore said it was his waiting that made him his money. Even when I miss a move, most of the time, just waiting around for the correct look results in a profitable trade.

I feel like I'm starting to click again. I wasn't anticipating the continued selling today due to how the 30M chart and the daily looked early on and I was prepared to be long if the conditions warranted.

However, I stayed short today and even though I had an early loss, I was able to make up for it with a nice win and end up 2RR today. Most importantly though, I was patient and the monkey brain never made a single appearance today.

I'd like to give a brief update on my meditation experiment. I'm in my third week and I feel like things might be starting to make some sense. I've wanted my wife to join me on the journey but refused to pressure her to start. I figured I'd let her see my journey and make a decision to join me. A few nights ago, my wife of her own volition watched "The Secret" and while we watched years ago, it made no sense to us at that time. This time around it seems to have made a profound difference in her. She is talking different, began insisting we put up a "vision board" and she has begun her own "meditation" routine although it looks completely different than what I am doing. She told me last night she feels "lighter" inside. Which oddly enough is exactly the word I would use to describe how I feel about circumstances in general and about the future specifically.

So very strange this "secret". Its been hidden in plain sight along and yet I could not or would not see it. I've always been a "positive thinker", I've read hundreds of self help, leadership and self improvement books over the years. There is a lot of value there to be sure. I would be lying if I said they didn't help but a few years ago, I quit reading them for one reason only. Why read another one when the concepts from the last one either didn't work or I didn't really give it a real try?

I never quit searching though. Through good times and bad, my quest for understanding and dare I say it, "enlightenment" has never stopped. I've taken detours, tried short cuts that didn't work and I've postponed the trip several times but the idea that there was something more out there never left me.

Today I may not have everything I want presently manifested in my life but I can see it and more importantly, I can feel it as though it has already happened.

I'm excited and curious about what the future hold....oh wait, I know what it holds because I can create it.....there's an exciting thought!!

The last pic is me in a Jaguar F Type Coupe. I prefer the convertible but I only had a pic of me in the coupe. When this is real, it will be a red convertible and since I want to use it as my daily driver it will probably be the new turbo charged 4 cylinder that came out this year. (Gas mileage issues) I'm old enough now for young guys to look at me in a red sports car and wonder why they only see old dudes driving sports cars like I did when I was young!! I've always loved the old E Types and this F Type is legitimate successor to the legacy Jag built with the E Type. 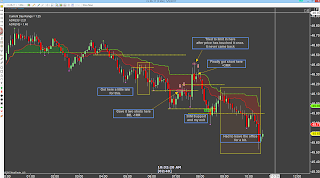 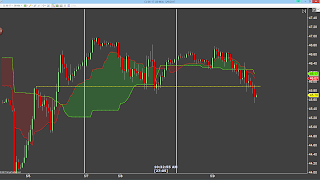 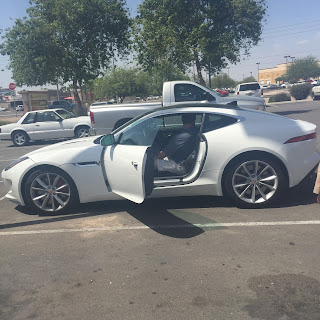 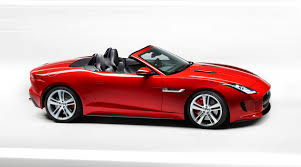 Posted by Pandawarrior at 11:05 AM